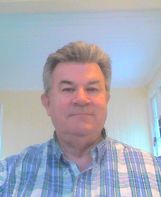 John Gates, the Book!  (working title only, it will be something quirky, you can bet on that)

Can you believe It?

The Autobiography ... the story of an uninteresting life, well at least in my eyes, but apparently others find my life interesting. So, I'll go with that and here is a little snippet from the foreword (it could change).

"Holy Dooly, he’s a big one isn’t he – 9 pounds ten ounces in the old vernacular (don’t even know what it is in the new one!). .. apparently screaming my head off and hungry!! Nothing surprising there. I mean, start off the way you want to continue, right? Probably had a full head of hair, too,  and still has. ...according to my beautiful mother, hands on the side of the bassinet trying to pull myself up. Probably trying to escape to the cafeteria  because I could smell the fish and chips!.... Still hungry, 65 years later, and thirsty too. .."

Well, I am prepared to admit that I have lived on a good paddock for most of my life, but that's due to some very beautiful people who will all get a mention in the book.

Actually, it's something to do with being of another generation. Every time I tried to pick the brains of aunties and uncles they always said .."i can't remember anything, or .."nothing of interest.. blah blah blah.." and then it occurred to me that most of history is not the sensational but the mundane. Our indigenous peoples, god bless them, passed almost all of their knowledge and learnings down, (thousands of years of it) by word of mouth.

More to come, good people! ..... I just hope I can remember all the good bits so that all my lovely friends, rellos, shipmates and other colleagues get a great mention - if you have a story send it in and we'll weave it in.